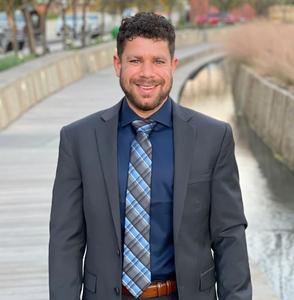 Berry comes to PHS from Douglas MacArthur High School in the North East Independent School District where he was the director of bands for the last five years. He also served as the assistant band director at both Byron P. Steele High School and James Madison High School. Additionally, Berry is a member of the music education staff of the Boston Crusaders Drum and Bugle Corps.

“We are excited to have Mr. Berry join our faculty at Pieper,” says Jaime Alvarez-Calderon, principal of PHS. “His thoughtfulness, energy, attention to detail and experience as a music educator will no doubt build a strong foundation of success for years to come. I look forward to seeing the Pieper band program thrive under his direction.”

“I am thrilled to be a part of Pieper High School for the first year of existence and many more to come,” says Berry. “I have long been impressed with the quality of fine arts in Comal ISD, and I am excited to be a part of that tradition as the first band director at Pieper.

“I look forward to working with the entire administrative, coaching and teaching faculty to establish traditions and a culture that will breed success with all of our students. Together, we will build a band program and extended community that give our students life-long memories and preparation for whatever comes after high school.”

A Texas resident for the last nine years, Berry grew up outside of Washington D.C. and moved to Texas specifically to be a band director.

-Evan Berry will join the Pieper High School faculty as band director in the fall.